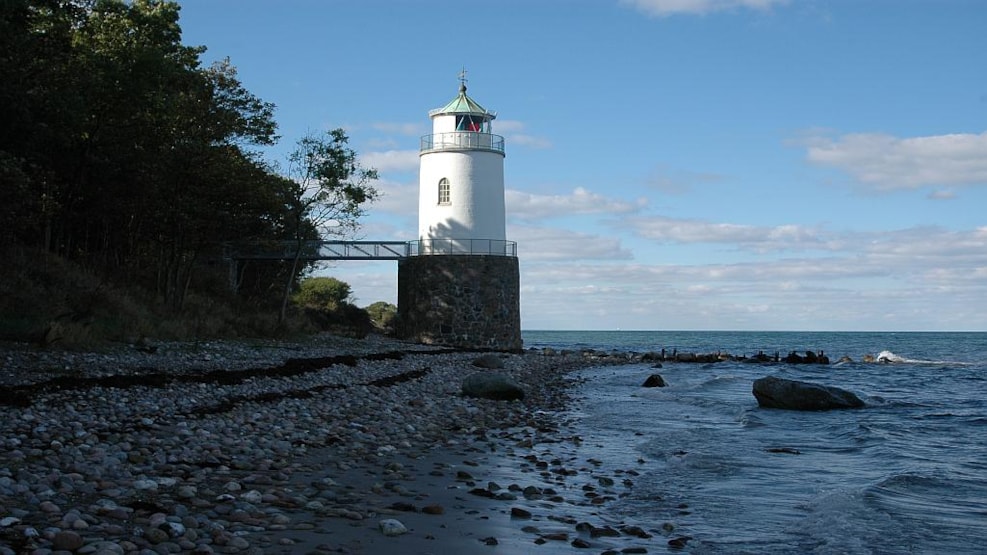 This lighthouse made film history!

Taksensand Lighthouse stands out from other Danish lighthouses, with its beautiful location right on the coast and many have taken a holiday photo of the unique lighthouse with the solid boulder foundation.