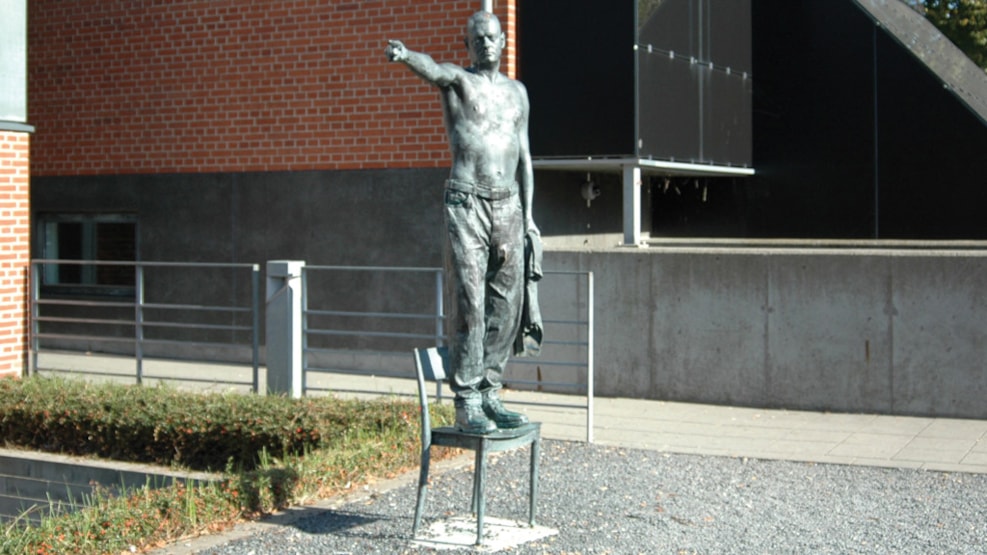 This bronze sculpture is a self-portrait by Claus Carstensen. Erected 2007.

Claus Carstensen was a student at the school in 1976 and was educated at The Royal Danish Art Academy in 1983, he since studied to professor in 1993-2002 at the same academy. Claus Carstensen was one of the founder of the group ”De unge vilde” (The young Wilde) which was inspired by the German movement ”Junge Wilde”.