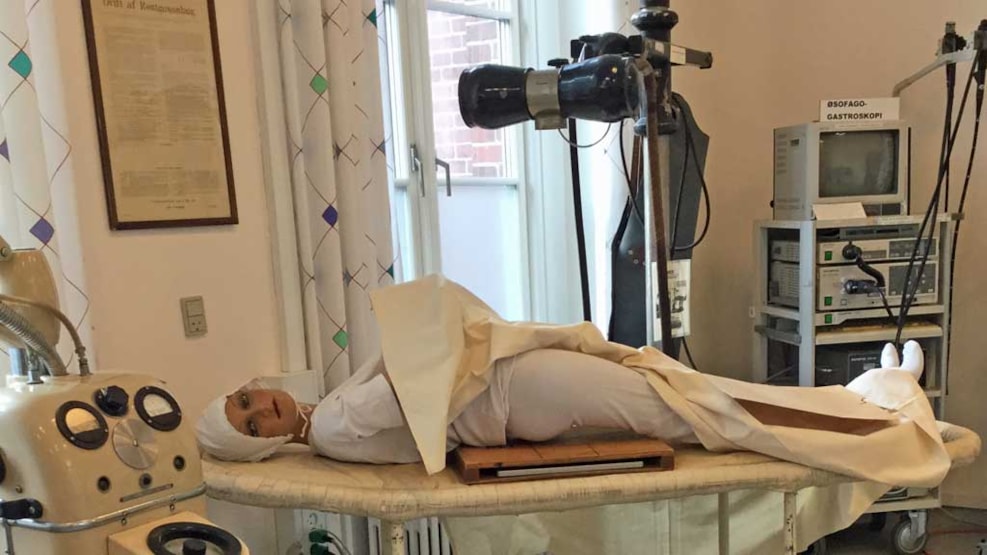 The museum is situated in building F, where the surgical ward of the German naval hospital in Sønderborg was placed from 1911. The rooms has only been restored very gently through the years and give a good impression of the atmosphere in the olden days.

The exhibition show surgical instruments from the 19 century, educational material in form of bones and wall sheets as well as forms of treatment in 20 century among others.

You can also see one of Denmark’s first ECG-machines. The National Hospital in Copenhagen was the first to get an ECG-machine followed by the State Hospital in Sønderborg, this second machine is on display at the museum.

The exhibition also has the original experimental set-up by consultant Ipsen with thermometers to measure the peripheral skin temperature of the patient during surgery as well as Denmark’s oldest conserved operating room from 1911.

The museum is open to single visitors and small groups all year round.

Every Tuesday from 10 am to noon, except from Danish Holidays where it is closed.

Knowledgeable people with some English skills is overlooking the museum during opening hours.