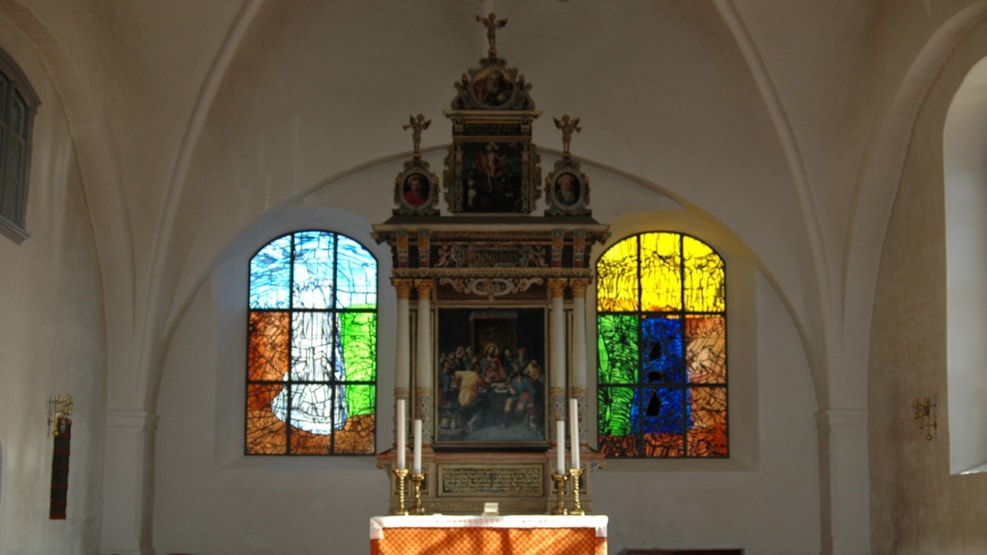 The glass mosaic in Sct. Marie Kirke (church) was sketched by artist Per Kirkeby and revealed the 27. November 2011.

The mosaics are inspired by the Garden of Getschemane in Jerusalem and the empty tomb.

It was very obvious to the viewer, from the inside as well from the outside that the windows had been walled up and it was a great pleasure, when sponsors made it possible to re-erect the two windows.