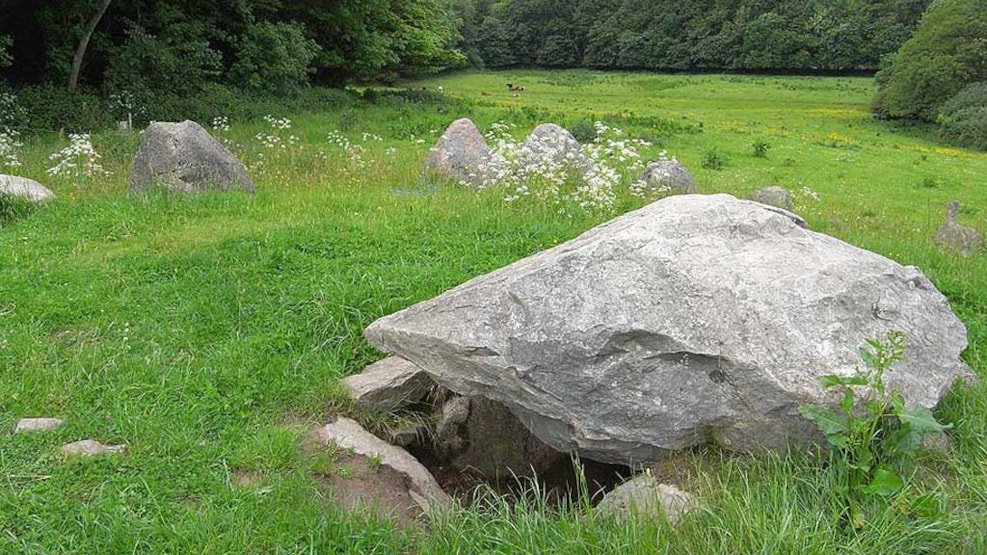 The burial mound is named after the former forester Baron Wedel-Wedelsborg, who lived on the island of Als during the 19 century.

The mound has a well-preserved burial chamber with a cover stone and is surrounded by 30 edge stones.

An excavation in 1946 revealed ornamented fragments of pottery, which were dated to 3600 b. C, they also found bones from humans and two beautiful knives in flint stone from later burials.