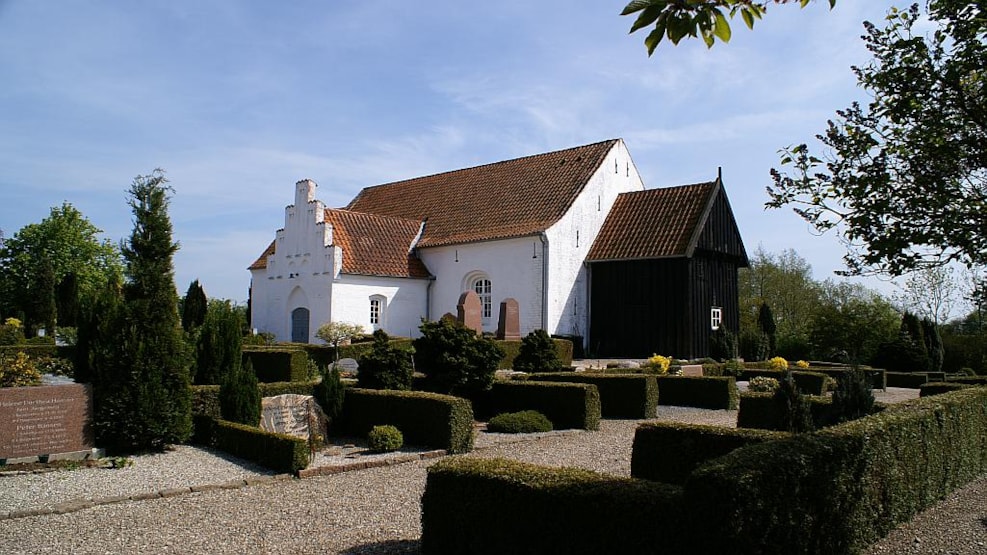 The church was built in the 13th century and has a Romanesque choir and nave with Gothic west extension. Over time, the church has undergone a number of renovations. During the Swedish War (1658-59) the church is badly damaged, the worst damage is repaired, but only in 1768 enough money has been collected for a thorough renovation.

In 1925-26, the church is rebuilt and during the work of lowering the floors, a hitherto unknown burial site was found in the nave. Outdoors, a wooden bell tower is being built at the west end of the nave, which today houses 2 of the church's bells, a large bell from 1503 and the Reunification Bell - in addition, a small mass bell hangs in the porch.

Adsbøl Cemetery is also used for funerals from Gråsten Castle Church, until Gråsten gets its own cemetery in 1940. When the cemetery becomes too small in 1878, a new area is inaugurated, on the other side of the main road, in the direction of Gråsten. In the cemetery by the church there are tombstones for fallen soldiers in the 1st Schleswig War (1848-50) and the War 1864 as well as a memorial with the names of the fallen in the First World War (1914-18).