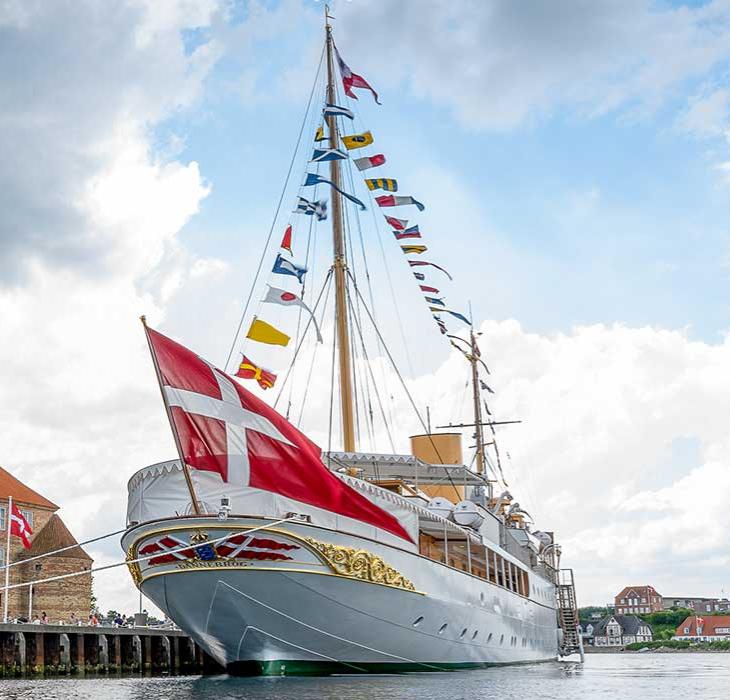 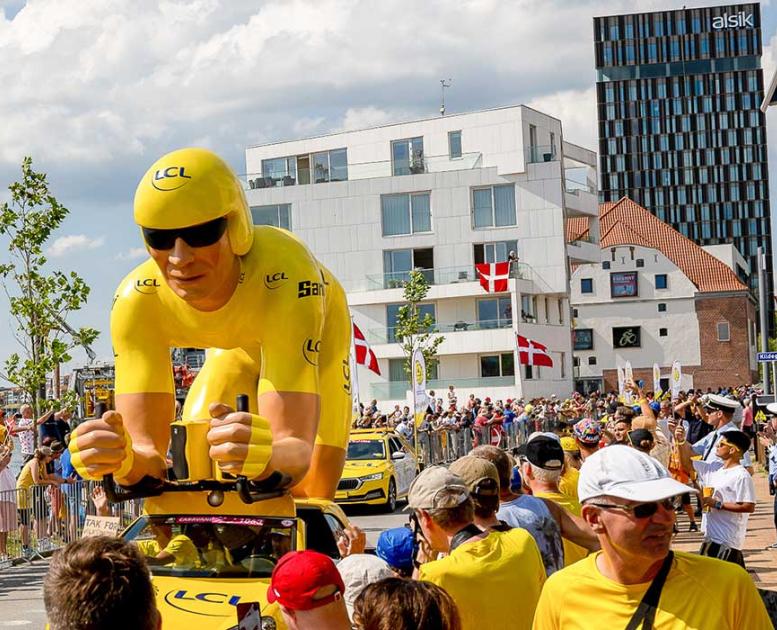 Sønderborg is the destination city for the 3rd and last stage of the Grand Départ Denmark - after that all the cycling teams depart by plane from Sønderborg Airport to France and the further courses of the world's largest cycling race; Tour de France.

Before then, it starts with a team presentation in Tivoli on Thursday evening, and a single start in Copenhagen on Friday 1 July. On Saturday 2 July, the 2nd stage takes the riders out on the stretch from Roskilde via Nordsjælland and over the Storebæltsbroen to Nyborg on Funen.

The joy of being able to welcome guests and cycling enthusiasts to experience our scenic area and the atmosphere is great!

The time has finally come, after postponements due to Covid-19 - the 3rd stage of 182 km from Vejle to Sønderborg will be launched at 1pm on Sunday 3 July 2022. 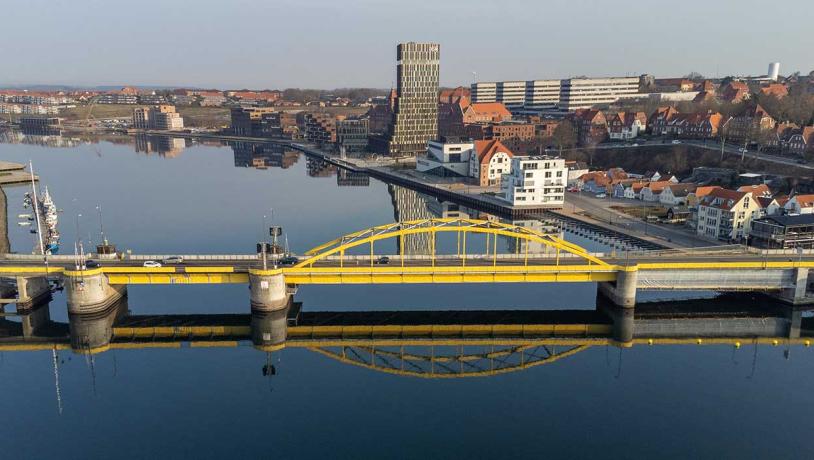 The 100-day program
Ahead of the big day, a 100-day program is launched, consisting of everything from small and large local bike races to exhibitions and workshops and much more - see it as a PDF file. For the inauguration of the program, King Christian d. X's Bridge is dressed in yellow and ready to welcome the Tour de France field to the island of Als and Sønderborg - the destination city for the 3rd and last stage of the Grand Départ on 3 July 2022. The banner fabric is be removed on the 4th of July to be re-sewn and recycled into tote bags.

The facades of the city's shops are decorated several months in advance and in Sønderborg City it is teeming with yellow bicycles in all sorts of shades, these are organized by the local trade association Vores Sønderborg, also out in the other larger towns and villages, local enthusiasts have placed yellow bicycles or decorated the trees by the approach roads. 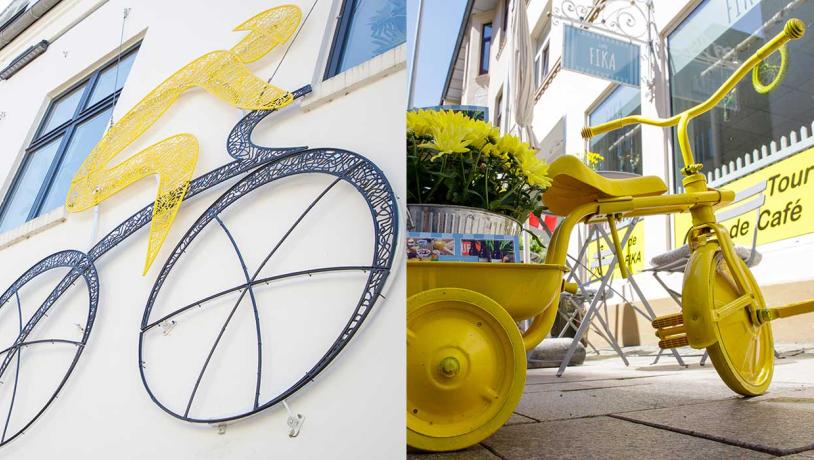 The preparedness is ready
As the route makes a loop in the city itself and then leads south-east of the city and towards the finish line on Augustenborg Landevej, most access roads are blocked for most of the day and for the run-up and finish area itself, this is even valid a few days in advance.

Fan zones with food booths, entertainment and a big screen are set up in Gråsten, at Dybbøl Banke, on Borgmester Andersens Vej and in the finish line area itself.

In addition, there are several extraordinary parking zones outside Sønderborg with a shuttle bus connection and the bus station is moved outside the city centre. Since it is a bicycle race and Sønderborg Municipality has a green profile, spectators are encouraged to take their bicycles into the city and the fan zones and the areas set up for bicycle parking are used extensively.

Part of the Volunteer Fire Brigade moves into the bus station square in the center of the city and the many volunteers wearing Volunteer T-shirts guide and serve guests around the cities, in the fan zones and in the parking areas. The day before, volunteers from the People's Movement against waste in nature are out collecting along the entire route and the audience signs off by keeping order after themselves - there is not much waste to collect on the 4th of July. 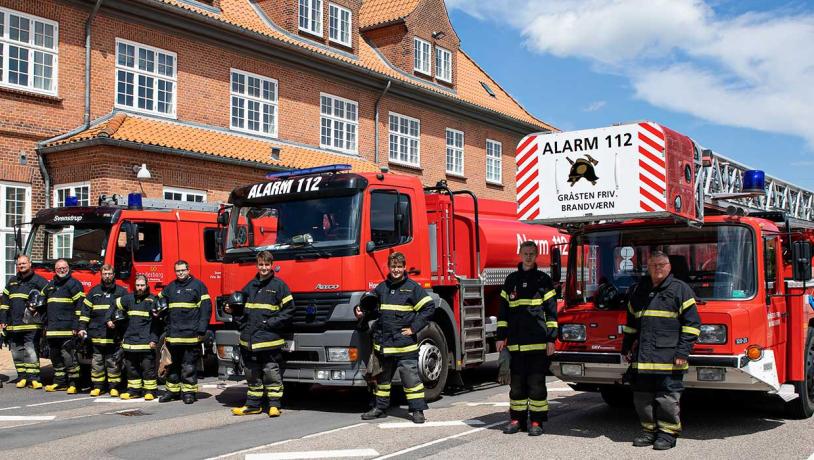 We are just so ready on July 3, 2022
It is Sunday - all shops are open, at the tourist office they are ready with the last advice for guests in Sønderborg City and in the harbour the royal yacht Dannebrog is in its usual place by the castle quay.

The Sønderborg area is not completely yellow, the colors of the mountain jersey are also well represented. The Danish rider, Magnus Cort has acquired the characteristic white jersey with the red dots already on the 2nd stage and subsequently he keeps it until the 9th stage, during which he rides as the first rider over 11 categorized climbs, an achievement that has never been seen before at Tour de France and finally Magnus Cort takes home the victory on the 10th stage.

In the finish area, the locals have built their own VIP podiums and they are so ready to cheer and celebrate the event together with all the guests from outside.

The Tour is not over yet

Drive your own Stage 3

With the bike guide on regional cycle route 37 in your pannier, you can ride most of Stage 3 of the 2022 Grand Départ - Tour de France yourself. 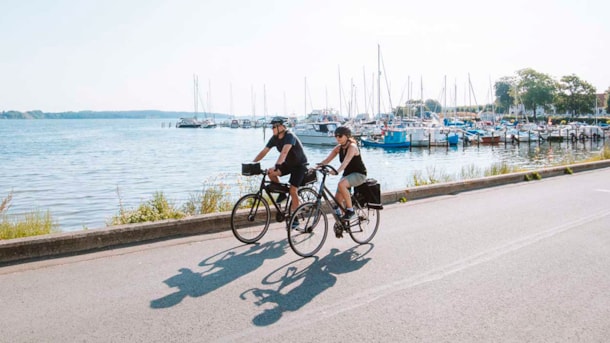 In the rut of the Tour de France field of 2022, you follow the 182 km long route through Southern Denmark, with a sea of ​​opportunities for historical and scenic experiences.

See the route on the 3rd stage Vejle-Sønderborg

DeTour in the Tour

In collaboration with VisitDenmark, an advertising film is launched, where each stage is represented with its own film and what could be more appropriate than focusing on the Southern Jutlandic coffee table - a rather funny detail when Jonas Vingegaard, the winner of the Tour de France 2022, is the future son-in-law of Rosa Kildahl - known from, the Danish version of the great bake off, Den store bagedyst 2017...