Come, join us in the dark, and watch the curtain go up for one of the many performances to be experienced in the Sønderborg-area.

Concert hall of worldclass
Excellent opera, operetta and ballet performances is set up at Alsion Concert hall by our local theatre society "Sønderborg Teaterforening". Check your calendar and book tickets for an extraordinary experience in one of the best concert halls of northern Europe.

The local theatre society
The home base of "Sønderborg Teaterforening" is the theatre venue "Sønderborg Teater" at "Hotel Sønderborg Strand", here they early set up productions with famous and promising Danish actors, featuring a programme of drama, debate plays and family theatre as well as musicals and dance performances.

"Det lille Teater" in Gråsten is a smaller local theatre society setting up 4-6 Danish shows a year. Visit their web site to see the programme.

The smaller local revue "Alsrevyen" has a yearly show during the second weekend of March, playing at the venue Augustenborghallerne. There show takes on local themes in the Sønderborg-area as well as themes of national character. 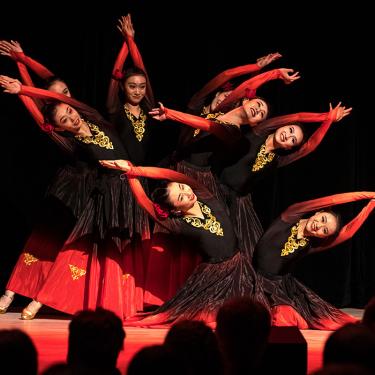