In the Sønderborg area you will find many beautiful mills, which often has historical significance. Visit the mills while you experience the beautiful nature on the same time.

The use of water- and wind power is the oldest industrial enterprises in the world; however, the exploring of continuous energy still has significant meaning today.

The first mills were operated by means of hydropower. Unfortunately, falling water levels in streams and little rivers meant that small mills were forced to close. However, windmills were often built next to the large water mills in order to supplement them when there was not enough water. This is visible at the last of the original 10 watermills on the island Als - Vibæk.

The mills are usually built of wood, which is why fires pose a threat to them. When a storm is approaching, the miller must make sure that the wings are secured so the mill will not get out of control.

In 1913 the miller at Hedemølle mill at Mommark had to tell the peasants to bring all their corn to stop the mill from getting too hot and catching fire. After three days, the wind abated and the mill could be stopped.

Building a mill was expensive so it was often the king or a duke who paid for the construction. Then a miller leased the mill. The mills’ economy was ensured by forcing the peasants to deliver their corn to a specific mill.

The peasants paid a duty in the shape of corn to the miller; this was called ‘mill duty.’ The miller paid a mill tax to the fiefdom or the king. 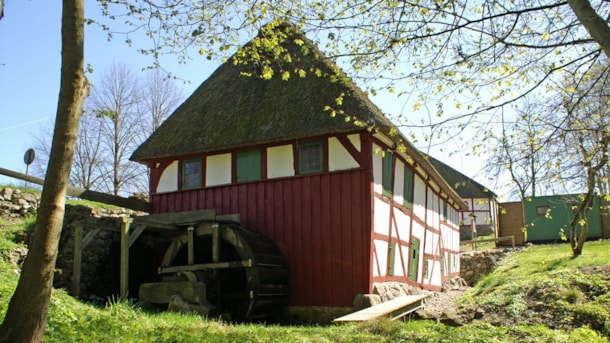 Vibæk Watermill is the last remaining of once 10 watermills at the island of Als. It is fully functional as when the last miller stopped the production in 1938.

The watermill was erected at this site... 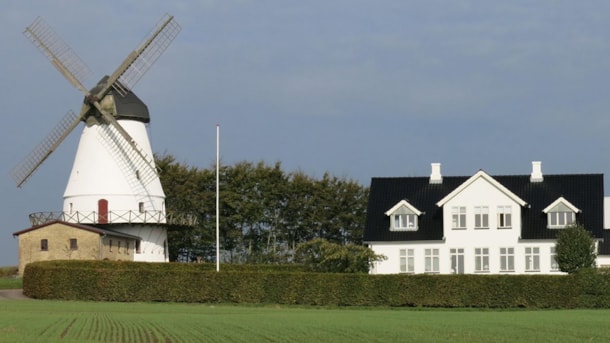 Nybøl Mølle is not only beautiful and well-maintained. It also bears witness to a terrible accident, is a symbol of Danish victory in the 3-year war and was used as headquarters for the Prussians in 1... 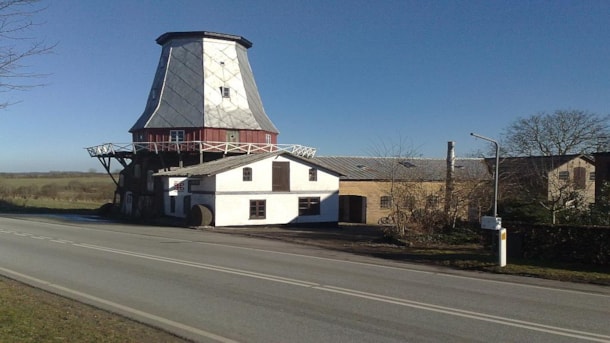 Elstrup Mill was built by Østerholm in 1859 under the name Nørremølle and replaced a stump grinder built of Duke Hans the Younger in 1634. In 1888 the Mill was moved to Elstrup, where it remains today... 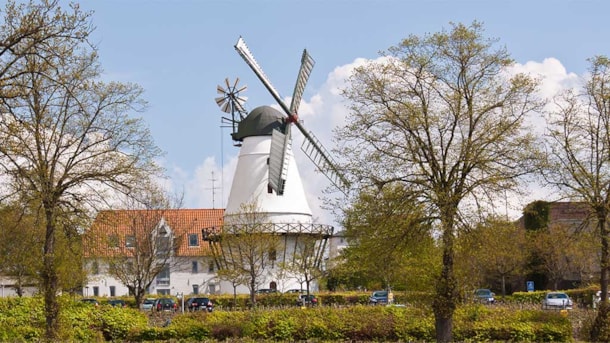 The mill was built in 1875 and is placed with a beautiful view over the harbour.

The brick-build mill is whitewashed.

The top of the mill is form as a boat, and covered with millboards. 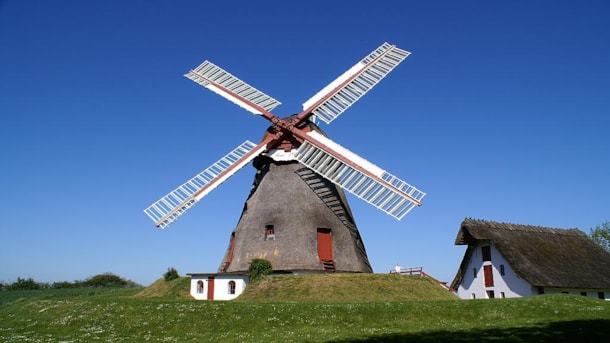 Fully thatched smock mill, Dutch type, built in 1835. The windmill stands on a hill next to Havnbjerg Church (built in 1180).

National symbol of Danish bravery and museum over the millers through the ages and the history of the mill.