In the Sønderborg area there are rich possibilities to satisfy every kind of hunger, taste the delicatessens of the region and please your tasting sense.

South Jutland is especially known for the South Jutland coffee table, the delicious sausages, solæg (eggs pickled in brine) and the tasty rye bread and the Sønderborg-area easily satisfy the expectations of locally made dishes and good raw material for your own cooking.

The tradition of the South Jutland coffee table stems from the time under German dominion (1864-1920), where the Danes gathered in meeting halls. However, when the Germans refused them a liquor license, the formerly used coffee punch was replaced with coffee and cakes.

People often brought the cakes themselves - that is why the South Jutland coffee table have a variety of cakes. It is said, that it has to contain a minimum of seven soft cakes in form of layer or créme cakes and seven hard cakes in form of different types of cookies.

Back in the days the appetites where healthy, therefor a bunch with butter was served to settled the worst hunger before digging in to the cakes.

Certain cakes are specific for South Jutland, such as Gode råd or Good Advice (a kind of flat waffle with a beautiful pattern), brødtorte (rye bread layer cake = pure heaven!) and different types of cookies.

Many venues in Southern Jutland offer the South Jutland coffee table, in the area of Sønderborg we have Den Gamle Kro in Gråsten who dishes up with non-less than 29 sorts of cake on the second Sunday in each month as well as Mondays in July – make a reservation on their homepage.

During summer, the South Jutland coffee table is served on Wednesday from 2 - 4 pm at the square "Den Røde Plads" on Stationsvej in Nordborg.

Our local butchers sell matured steaks and good cuts. Dry slaughtered poultry is also available and at the local farm shops, you can buy accompaniment in form of fresh vegetables.

After the loss of the war in 1864, Germans moved to the newly occupied Southern Jutland, amongst them where skilled sausage makers.

Each sausage maker had his own recipes who were passed down from father to son and it is these recipes which grounded one of the most famous product still known today; the South Jutland sausage.

There has been few alterations to the recipes through time, however descendants followed the development and today there are all sorts of tastes amongst sausages. One of the most famous and beloved sausages of South Jutland is Kartoffelspegepølsen (sausage containing meat, seasoning and boiled potato)

Other famous sausages are the Ringriderpølse, developed in 1929 especially for the tilting-at-the-ring festival, Sønderborg Ringridning, by the local slaughter Ludwig Marburger. Since then, the use has been expanded from being served only during ringridning to being a regular treat at all outdoor events, such as sporting events, raising the rooftree ceremonies and private garden parties.

The cabbage sausage or Kålpølsen is another famous cousin. In spite the name there is no cabbage in the sausage itself but it is mostly served as part of the traditional dish in Southern Jutland at New Year’s Eve with stewed curly-leaf kale and glazed potatoes, boiled ham and at some homes also boiled side bacon served cold.

A good selected glass of wine or bear must accompany a nice dinner. We are lucky to have wine yards, good wine specialists and a microbrewery in our area.

Why not end the evening, with a nightcap of local gin? The local distillery Destilleriet Sønderborg produces the ecological Als Gin and Dybbøl Gin using local raw materials, However Destilleriet Als situated in Høruphav, makes the Kalas Gin, winner of silver in 2019 and they have started a production of a local whiskey.

Too Old To Die Young 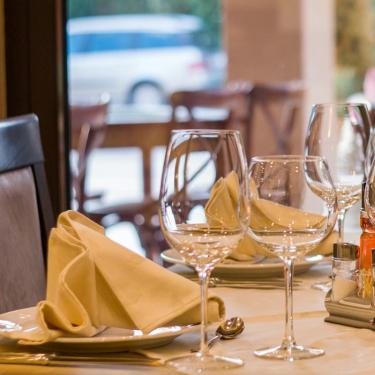 An oversight of restaurants, cafés and providers of fastfood. 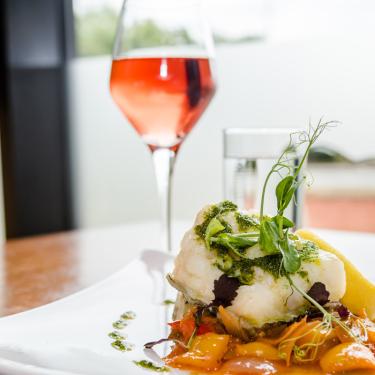 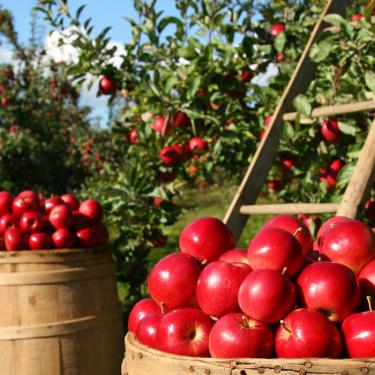