Bring your monocular on your holiday to Holiday Island øen Als, Broagerland and the forest Gråstenskovene, the various and scenic landscape of the Sønderborg-area is rich on bird life.

Why not bring the book on birds and the monocular, since your holiday to island Als is in an area rich on bird life?

The island Als is not only rich on bird life itself, it is also situated at the migration route of birds traveling from southern Europe to Sweden. Especially Tontoft Nakke at the northern point of island Als is a good spot for bird watching, were you can observe the spring migration from March to May, some birds tend to rest here for a while before they have to gross the waters.

Did you know, the Mute swan was chosen to be Denmark´s national bird by viewers vote in 1984?

The map below provides you with an overview of selected locations for bird watching on the island Als, at Broagerland and at the forest Gråstenskovene.

Common merganser replaced Eurasian golden oriole
In 2006-07, the many municipalities in Denmark were united, creating a smaller number of municipalities. In our area, the joining municipalities were Gråsten, Sundeved and Broager on the mainland and Nordborg, Augustenborg, Sydals and Sønderborg on island Als. The Danish government decided that each municipality should have assigned a bird species to protect and help progress in numbers.

Sønderborg Municipality were assigned the Eurasian golden oriole and this was not an easy task – at the time, the bird had not been observes in the area for the last 10 years. The mayor of that time, Jan Prokopek Jensen, sent a nice letter to the minister of environment asking if it was possible to switch to the Common merganser, a bird found in the area, the request was granted.

Like many other bird species in Denmark, the Common merganser is threatened by extinction and today the breeding popularity is still low. 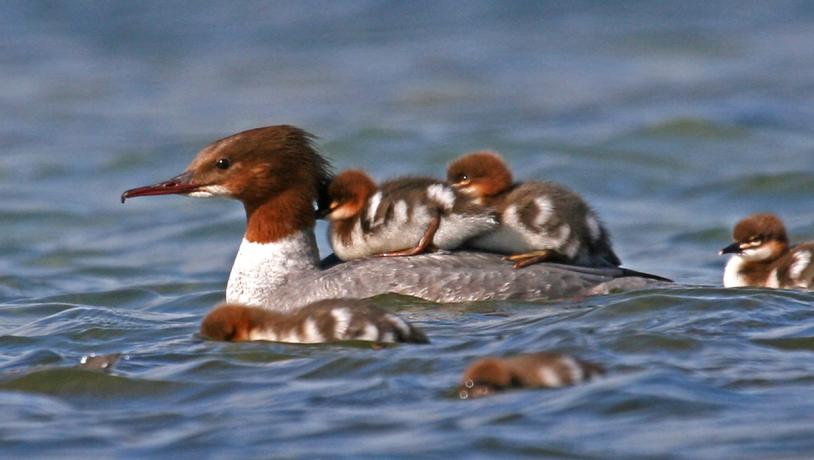 The Common merganser female watches her young chicks and if they are tired, mommy gives them a lift. Contrary to the male, seen on the photo at the bottom of this page, the feathers of the female is more spotted and she has a beautiful reddish head.Photo:Erik Biering

Raven
If you spot a giant crow, it´s likely you are looking at the Northern raven. The black bird whit a wingspan of 120-150 cm has fascinated people since the time of the Vikings and before the Danish flag Dannebrog is introduced in 1219, a red banner with a black raven was used.

Unfortunately, the love to the raven stopped and the species was exposed to persecution and poisoning. In 1950, the stock was down to 16 pairs in Denmark, found in Southern Jutland and on island Funen. Luckily, times has changed and the raven population is slowly but continuously exceeded to approx. 800 pairs. Today they are found all over on the island Als and on the mainland surrounding Gråsten. We actually have a so-called raven wood in our area, at the small wood Avnbøl Sned near Gråsten, the raven’s get-together at night time. 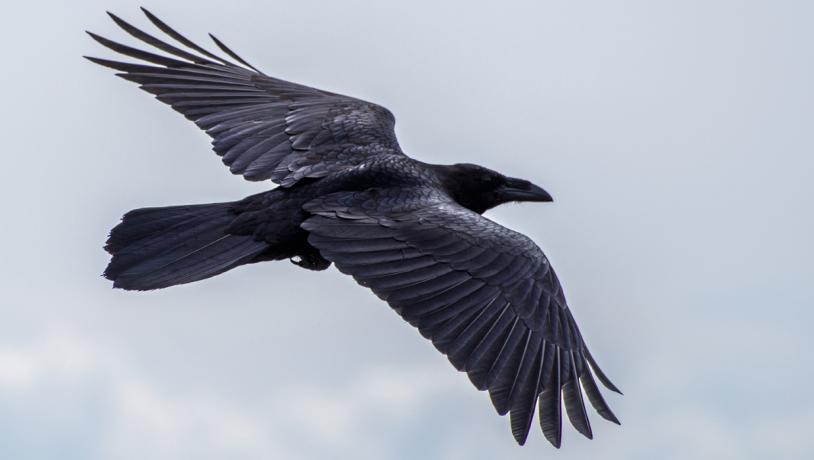 The Northern raven - black as coal. Twice the size of its cousin the crow and recognizable on its voice with the deep croak. This vice bird is also known from Norse mythology; Odin’s ravens´ Huginn and Muninn are his eyes in the sky.Photo:Wolfgang Heubech - Pixabay

Common kingfisher
You must keep the eyes about you, in spite of the kingfisher having very beautiful and bright colour it is extremely speedy on the wings. That is why, most photos of the kingfisher is shot of the bird sitting on its favourite branch – the one it dives from while fishing and kills the fish on, by dashing the fish head against the branch before swallowing it whole. 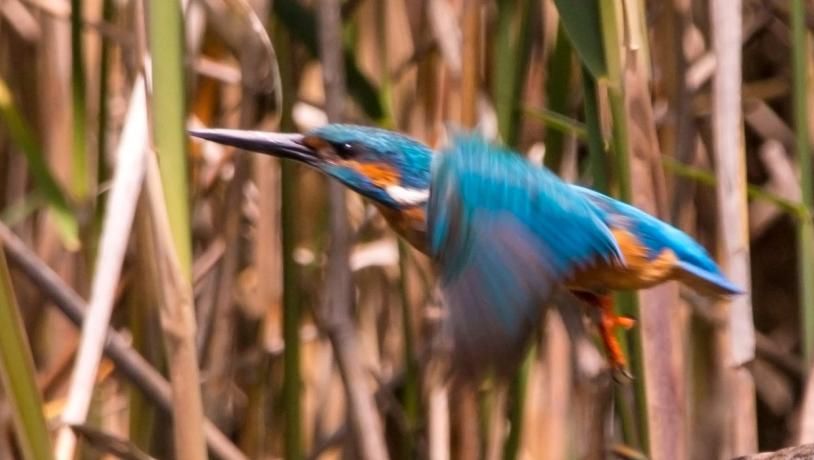 Common kingfisher - the small blue lightning, can be seen at the cove Ketting Nor on island Als, at the lake Sandbjerg Sø and the lakes of the forest Gråstenskovene - that is if you are lucky and have your eyes about you!Photo:Lukas Bieri

When hearing the drumming the wild chase is on around the trees whilst looking up to spot the bird and it can be sitting very high up the tree. 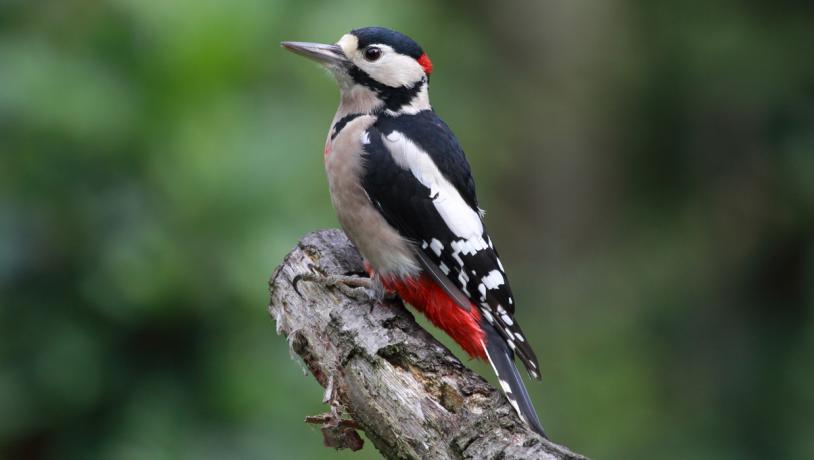 Great spotted woodpecker is often heard and seen in the forest on island Als and the forest Gråstenskovene. Listen for the well-known drumming in the treetops at the arear of oak trees named Brudgomsegene at forest Nørreskoven Als or in the small forest Blomeskobbel on Holiday Island Als.Photo:Ray Jennings - Pixabay

It was as wide as a door!
People who has seen the king of all birds – the White-tailed eagle, often use this description. With a wingspan of 200 – 250 cm we are talking about the largest bird of prey in Northern Europe, its wingspan is actually 20 cm wider than that of America’s national bird – the Bald eagle.

The white-tailed eagle has been wiped out in Denmark; however, a re-immigration in the 90s has led to that, we can spot this majestic bird of prey again gliding high up in the sky and we have several pairs breeding in the Sønderborg-area. 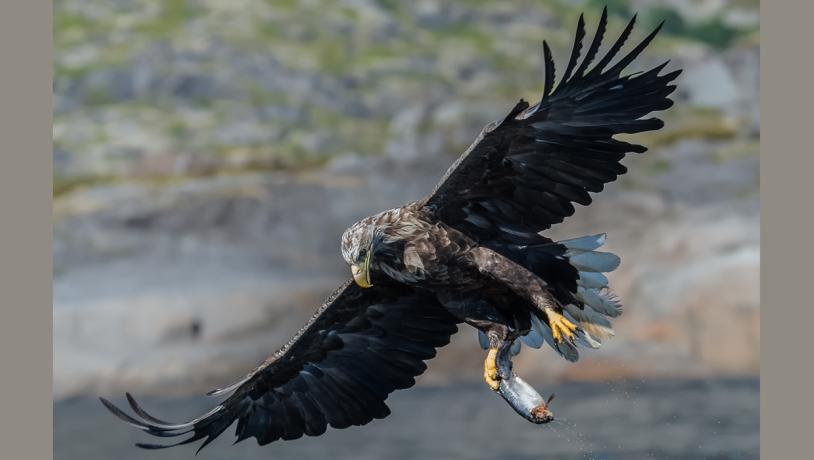 White-tailed eagles prey on fish, smaller birds and carcasses. On the island Als there is frequently observations at the lakes Mjels Sø and Bundsø on North-Als, at the cove Ketting Nor and Torup Made close to Augustenborg.Photo:Per Arne Larsen - Pixabay

Ghostlike screams in the night.
If you hear short and horse screams in the dark of the night, it is probably the male of the Barn owl marking its preserves. The Barn owl is an extremely beautiful bird. Huge black eyes surrounded by a hearth shaped white face; the topside of the feathers is white-golden and blue-grey with a sprinkle of pearl like spots. The Barn owl is common in most parts of Europe, however, in Scandinavia it is only found in Denmark. 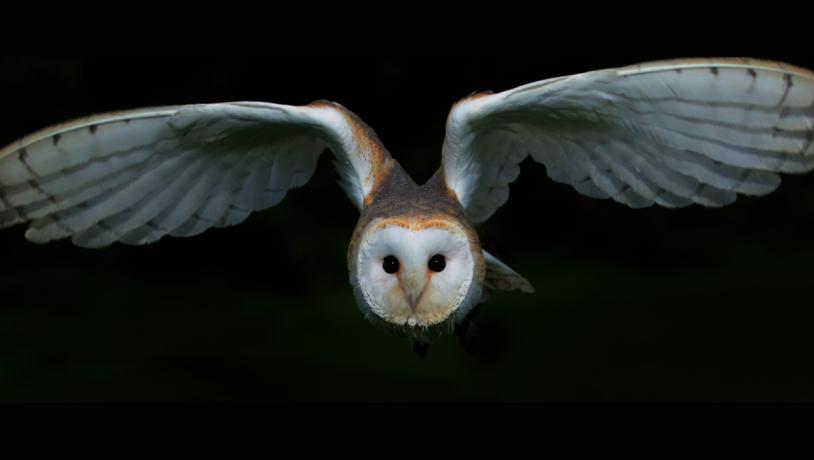 Barn owls are pronounced nocturnal and hardly ever seen. In Denmark, Barn owls only breed in South Jutland and Southwest Jutland.Photo:Kevsphotos - Pixabay

Nature needs a helping hand!
Looking at the numbers of bird counts there is doubt that Denmark is on right course. The numbers of breeding pairs is continuously up going; however, the aim is not reached at all. In the effort to reduce another environment issue – the groundwater on the island Als is threatened to disappear, projects by Sønderborg Municipality to save the groundwater has created beautiful oasis for bird life, in form of the lakes; Oldenor, Mjels Sø and Bundsø on North-Als.

Common merganser males has a green head and black-white feathers. From the bird watching tower in the grove at Trillen you have a good overview of the reed bed, Vælddam and the forest Lambjerg Indtægt, were the birds of prey hover on the up winds. Photo:Conni Ernst